Information from their qrz page:
ACTIVATION RESCUE OF THE 33 MINERS (CB33M)

In August 2010, there was a landslide in a mine in the north of Chile (Atacama Desert) and 33 miners were trapped for 3 months, until their rescue was carried out, which was a historic event, the eyes of the world were watching in detail the development of this tragedy, which at least did not have to regret deaths, and put sanity on the edge, and the physical condition of these miners.
That is why this year, we want to commemorate 10 years of this feat, by the same 33 trapped miners, as well as from Chile and other parts of the world who came to search for and rescue the sinned miners. 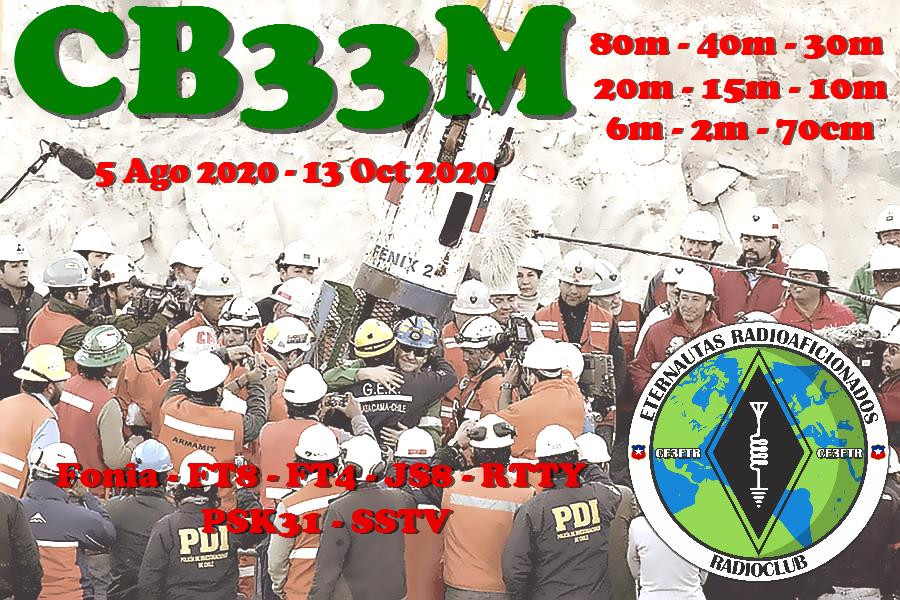